Power generation of a 3kW system

If you are a low to moderate energy user with no plans to add a battery in the future, a 3kW solar system may be adequate to power your electricity needs. The amount of solar energy a 3kW solar system generates varies according to your location; in Sydney, it will produce, on average, 11.7kWh per day while in Perth it will generate nearly 13.2kWh per day.

The table below shows the output of 3kW solar systems in major Australian cities:

A 3kW solar system will generate more power in summer and less power in winter. It helps to know these figures and your electricity usage for each season so that you can select the most suitable system size for year-round savings. 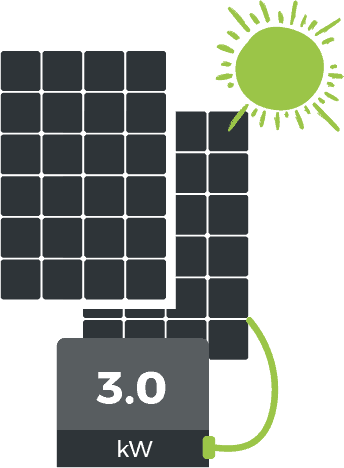 A good quality 3kW system typically costs anywhere between $3,500 – $6,000 to fully install. System prices vary according to location as the solar rebate adjusts according to how much sunshine your postcode receives. Prices also vary according to the quality of components you select and the company you choose to perform the solar installation.

The table below shows prices for a 3kW solar system in major Australian cities:

What about those ads for cheaper 3kW systems?

We advise against going for a budget 3kW system. You may even see prices for 5kW systems that match the prices we publish for 3kW units. Our prices reflect the cost of installing a system good enough to last its 25-year useful life, which means the components, warranties and quality of the install are all better.

The payback period for 3kW systems varies according to your location, electricity usage habits and property specifics like your roof orientation. In some states like Western Australia, a 3kW system can payback within a 3 – 5 year period, while in Victoria it’s more like a 4 – 6 year period.

If you buy solar panels of decent quality, lifetime savings can be more than $40,000. The savings amount varies according to how you use your solar power and how much electricity you consume during daylight hours. The graphic below shows results from our calculator for a typical 3kW system in Perth: 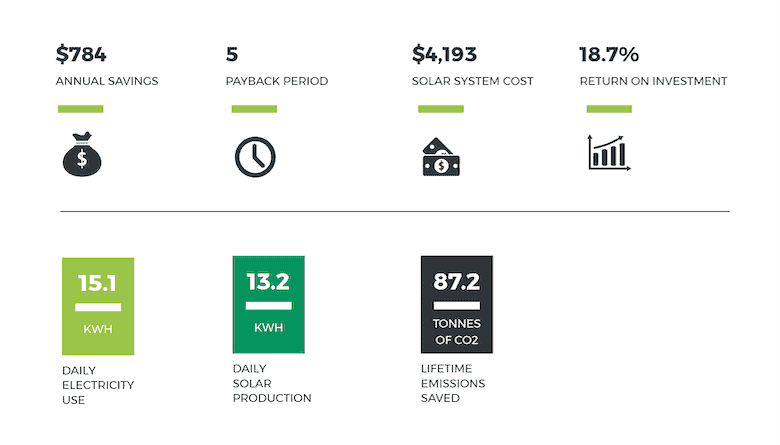 For an accurate indication of the payback and savings of a 3kW system at your property, plug in your location, usage and rooftop details into our solar panel calculator to receive your solar results.

Should I consider a larger system?

If you are considering a 3kW system, it may be that your electricity usage is relatively low, or you use little power during daylight hours. Below we list some reasons why you might select a 3kW system:

Reasons to select a larger system

Years ago, the sensible approach was to select a system size that output enough to power your daylight electricity needs. Several developments in recent years give cause for you to consider a larger system:

Price and payback difference for a larger system

The price you will pay per kilowatt:

Payback on the extra 2kW

If we assume that you receive a feed-in tariff of 11c, it will only take 5 years to pay back the additional 2kWs, assuming that all of it is exported back to the grid. If you use some of the solar panel output from the additional 2kWs to power your electricity needs, the payback period will be even faster.

Batteries with a 3kW system

If you are considering adding a battery to a 3kW solar panel system, you need to consider whether or not your system will generate enough power to charge the battery. Typically, a 3kW hybrid system is likely to be large enough if you consume less than 10 – 12kWh per day.

If you plan on buying a battery ready system and adding solar storage at a later date, we suggest you consider a larger system, either a 5kW or 6.6kW system.

How many panels make up a 3kW system?

A 3kW solar system is typically made up of between 9 – 12 panels that will take up an area of 15 – 20m2. If you select the best solar panels that are highly efficient, you may only need eight panels to make up a 3kW system.

Let us recommend 3 local, certified, solar installers to provide you with a free quote on your off grid system