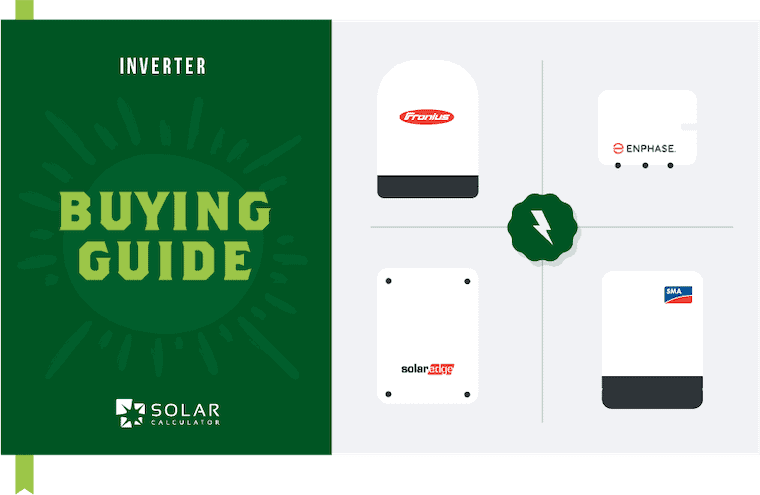 What is an inverter

An inverter is an essential component of a solar power system along with the solar panels. A solar inverter converts the direct current (DC) generated from your solar panels into alternate current (AC) that you can use to power electrical appliances. Solar inverters are essential because households and businesses use AC electricity, yet panels generate DC electricity. The inverter inverts the current.

Inverters are effectively the engine of a solar power system, everything goes through the them; incoming solar energy and excess energy that gets sent back to the grid.

What does an inverter do?

A solar inverter can perform several functions, including:

There are different types of inverters that perform different functions depending on the type of solar system you have. The different solar inverters are:

Downside: If one panel in the series is obstructed by shading or compromised by soiling, it can affect the output of the entire system. The system is only as strong as its weakest link.

Cost: Micro inverters are up to 20% more expensive than string inverters.

Power optimisers are similar to micro inverters only they are not actually inverters! They can be attached to any panel and help to minimise the impact to the whole system if the output of that panel is compromised by shading or soiling.

A hybrid inverter is essentially a strong inverter that allows solar panels to work in conjunction with battery storage. Hybrid inverters usually distinguish a battery-ready system from a solar panel system, as they allow compatible batteries to be added to the system at a later date.

Tip:Not all batteries will be compatible with your hybrid inverter. If you are not planning to add a battery within 2 – 3 years, you’re best buying a string inverter as technological changes may impact on the hybrid inverter you select.

Battery inverters manage the change in current from DC to AC, and vice versa, for the storage system alone. Some solar batteries come with a built in AC inverter which means that they can be retrofitted to any solar panel system.

How to select the best inverter

We rank the best solar inverters based on the following criteria:

The safety of your solar power system is paramount and the component most likely to cause a fire is the inverter. A DC arc fault is the most common cause of solar related fires.

Longevity: Your solar inverter should last around 10 years, if you buy well and get lucky, it may last as long as 15 years. Cheaper models are more likely to fail within 5 years.

Monitoring systems range from the very basic to the highly sophisticated. Monitoring allows you to identity performance issues with your system and maximise the use of your solar panels.

We use value for money as a ranking measure as opposed to price alone. An inverter price at $2,000 that lasts 10 years is better value than one priced at $1,250 that lasts less than 5 years!

If you do have an issue with your solar inverter, you want to have the manufacturer deal with it promptly to get your system back up and running. When selecting the best inverter for your system, you should consider brands that have an Australian office that can service and respond quickly to any issues that may arise.

The table below ranks the best quality solar inverters.

The cost of a solar inverter is typically absorbed into the total system cost, so you often don’t see itemised prices, you will see variations when panels are paired with different brand inverters though. Solar inverter prices range from $1,250 – $2,750 for a size of 5kW unit. Prices vary depending on the size and quality of the inverter. A 5kW inverter is suitable for a 5kW – 6.6kW system, for that reason, we use an inverter size of 5kW to compare prices.

There are several variables that can affect the price you pay for the inverter, these include:

It may be that your property requires a less common install and therefore the cost of the inverter and the system increases.

There are two very good reasons why the solar inverter you buy should appear on the Clean Energy Council’s list of approved inverters:

The Clean Energy Council (CEC) ensures the inverters on its approved list are compliant with the Australian Standard AS/NZS 4777.2.

If you buy an inverter that is not on the CEC’s approved list, you are taking a risk. How can you vouch for the safety and reliability of the inverter? This is not to say that the inverter is not safe and reliable, it just means that either it has not been submitted for distribution in Australia, or, it has not met the Australian standard.

A non-compliant inverter may affect your rebate

If you buy an inverter with a new solar power system, that is not on the CEC’s approved list, you will not receive the solar rebate. For a 6.6kW system, this may see you pay an extra $3,400 – $3,800 for the system.

Ready for your quotes?